Skip to content
Order Picking with a twist
Previous Next

Order Picking with a twist

Goscor Lift Truck Company, distributors of Bendi articulated forklifts in South Africa reports that the Bendi Order Picker was a major hit this year at three different shows. The first was at the International Materials Handling Exhibition (IMHX) 2013 in Birmingham, England earlier this year, the second was at the Industrial Showcase- Cape held in July and the third was at Bauma Africa in September in Johannesburg.

The Bendi Order Picker is a totally new concept  – the first truck in the world that facilitates simultaneous order picking and pallet placement on two concurrent pallets carried by the truck or put more simply ‘Self Replenishment’.

It was during a visit to a large customer that Bendi MD, Simon Brown, first came up with the idea of an articulated truck that combines a man-up order picker after noting inefficiencies in the picking operation.

Whilst most picking operations are carried out with great efficiency, there remains a sticking point when an order picker, picking at ground level reaches an empty pallet location. The operative will put out a call for the replenishment truck to get another full pallet of stock, which interrupts the picking process and causes unnecessary delays or missed picks that are both a waste of space and time; both of which cost money – It was here that the idea for an articulated order picking truck was born.

“Traditionally, to reverse, the standard articulated truck has been much like any counterbalance or other forward facing machine. However, the stand-on feature of the Bendi Order Picker truck now allows the operator to turn through 180 degrees and face forwards whilst reversing, giving unrivalled vision and significantly improving safety and operating efficiencies,” says Shafto.

He adds that there is an increasing demand for narrower aisles as the cost of space spirals and the Bendi, with its unique ability to articulate and operate in narrow spaces, is making a significant difference to the bottom line. “Even in widths of just 1.8m, Bendi articulated forklifts help the operator work faster, safer and more accurately,” he says.

Since 1984 GLTC has offered world class equipment and solutions in the warehouse materials handling industry. GLTC is the sole distributor in South Africa of some of the most world’s most famous brands including: Crown, Doosan, Bendi and Hubtex. GLTC is part of the Goscor Group – now part of Imperial – which has been supplying the local market with state-of-the-art industrial equipment and world-class solutions for the past 29 years. It consists of nine key divisions, and is an exclusive distributor of leading and world-class brands of industrial equipment. 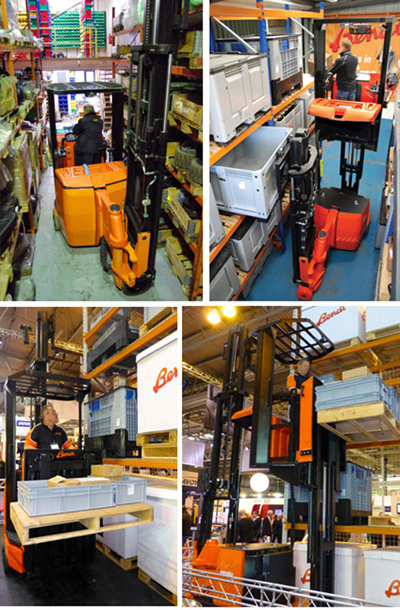